Filmmaker Chris Moukarbel introduces the woman behind the performer, the costumes, the glitz and the glamour. END_OF_DOCUMENT_TOKEN_TO_BE_REPLACED

I don’t know about you, but I’m ALWAYS stuck for things to watch on Netflix, don’t get me wrong I have a list longer than it needs to be but when it comes down to actually Netflix and Chilling my mind goes blank and I never know what you press play on.

So here is a short list of some of my go to programmes that are just too good to not watch, even when you feel at a loss!

Gilmore Girls – A Year in The Life

Since this came out last year I’ve watched those four episodes countless amount of times.
It’s the perfect series to make you feel all warm and snuggly (plus it totally gives you and excuse to binge watch the first seven series…)
Lorelai and Rory, the fast-talking, coffee-loving, mother-daughter duo, are back with this revival. It takes viewers back to Stars Hollow for an entire year, with an episode for each season — starting with winter and concluding with fall.

This is a documentary about the creator of Burts Bees, it’s a humble watch that will make you realise what you take for granted and will encourage you to appreciate everything you have.
Burt’s Buzz takes an intimate look at the world of Burt Shavitz, the face and co-founder of Burt’s Bees, exploring his fascinating and utterly unique life. Wise and wry, ornery and opinionated, the reclusive Shavitz is committed to living off the land and keeping true to his humble beginnings despite his celebrity status.

I’ve watched it since the first season, now believe me when I say it does get better! I was less than impressed with some of series two but I pushed through and they really brought it back!
After being rescued from an underground bunker in which she lived the past 15 years, Kimmy Schmidt decides to move to New York to have a normal life. She makes friends with her new roommate Titus, and works as a babysitter for Jacqueline Voorhees, the wife of a billionaire with many issues. Even though many obstacles are thrown her way, Kimmy makes the best of her new life while having to adapt to the new world around her.

I watched this when it was being shown as reruns every so often on the telly so I was more than happy to find it on Netflix and attempt to work my way through the eight series.
Eric Forman is a typical high school student growing up in Wisconsin in 1976 with his family and his friends. Together, they have the same kind of joys and sorrows that just about every teenager has while growing up. This show parodied many of the attitudes, events and fads of the 70s, along with those who grew up at the time. 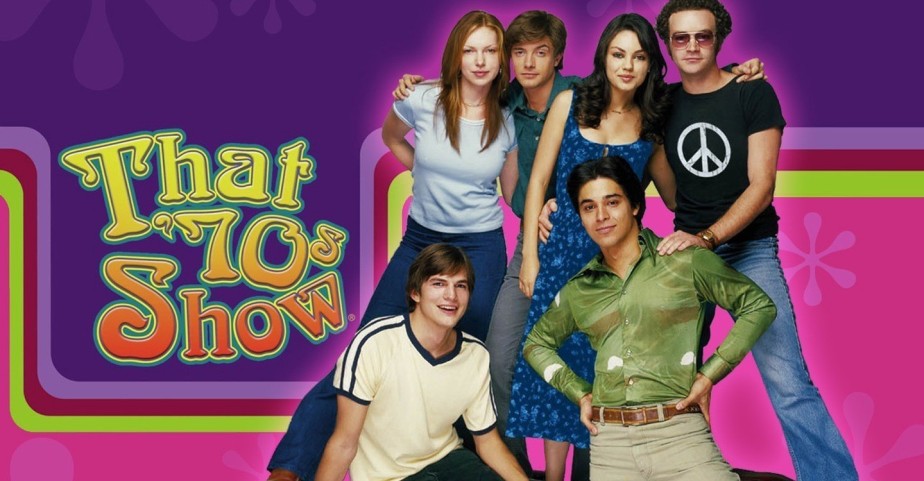 This is an adaptation of Sophia Amoruso’s book Girlboss about how she built her empire. If you’ve read the book you will understand why this series is inspiring, Britt Robertson embodied Sophia in an amazing way and managed to turn her story into an epic coming of age battle, which makes you want to become the ultimate #Girlboss
Sophia, a misfit, discovers a passion for fashion, becoming an unlikely businesswoman in the process. As her business grows, however, she has to learn to cope with life as her own boss. This show is loosely based on the true story of Nasty Gal Founder, Sophia Amoruso.

Let me know your go to’s in the comments below!

For those days you just want to hibernate under a blanket in front of the TV. END_OF_DOCUMENT_TOKEN_TO_BE_REPLACED

I have been quite restrained when it comes to buying books over the last few months, but that all changed at the weekend when I took a trip down to my local Waterstones, with a gift card in hand and spent over £50… END_OF_DOCUMENT_TOKEN_TO_BE_REPLACED

If you follow me on Twitter you know that it is no secret how much I LOVE Begin Again.
This was the first film that Keira Knightly had sung in and goodness, she has such a unique voice I’m surprised she has never shown her talent beforehand.

END_OF_DOCUMENT_TOKEN_TO_BE_REPLACED

Hen do? Completed it 👰🏻‍♀️
Back to brunette 💁🏻‍♀️
Might as well become a nail page now… #lazyoaf nails this week inspired by the classic happy sad & @nailsbyheathere
How did I spend my evening? Just by painting 10 @saturday_bymeganellaby designs on my nails…
Tell me you’re a Taylor Swift fan without telling me you’re a Taylor Swift fan…
Embracing the copper hair and wishing it was Saturday everyday…