I have been quite restrained when it comes to buying books over the last few months, but that all changed at the weekend when I took a trip down to my local Waterstones, with a gift card in hand and spent over £50… 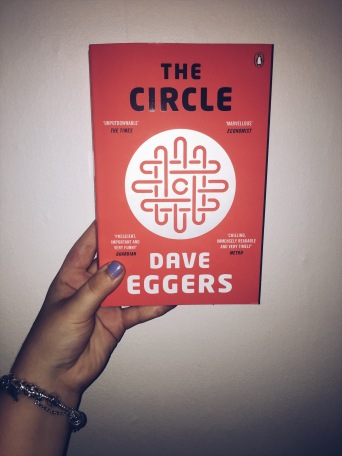 So the first book I stumbled upon is The Circle by Dave Eggers, I’ve recently watched the Netflix original of it and was so excited to read the book it was a must have.

The Circle runs everything – all your internet activity in one easy, safe and visible place. No wonder it is now the world’s most powerful and influential company. So when Mae Holland lands a job at its glittering California campus, she knows she’s made it. But the more her ideals and ambitions become aligned with those of the Circle, the closer she comes to discovering the sinister truth at the heart of an organisation seeking to remake the world in its image…

The second book I picked up was Lisa Owens debut novel, Not Working. This novel is a story about life unraveling, it’s sharp, tender and funny. It seems to be asking the questions of life that we’ve never dared to speak out loud. 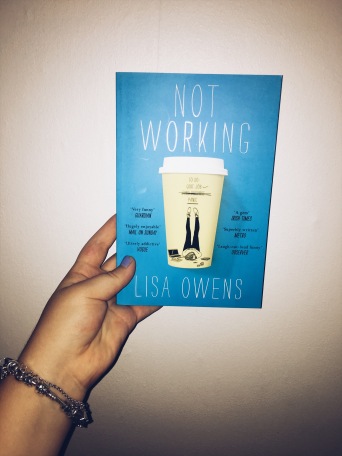 Now and again we all lie awake wondering what on earth we’re doing with out lives… don’t we?

Claire Flannery has had more than a few sleepless nights lately. Maybe she shouldn’t have walked out of her job with no idea what to do next. Maybe she should think before she speaks – and maybe then her mother will start returning her calls. Maybe she should spend more time going to art galleries, or reading up on current affairs, and less time in her pyjamas, entering competitions on the internet. Then again, maybe the perfect solution to life’s problems only arises when you stop looking for it… 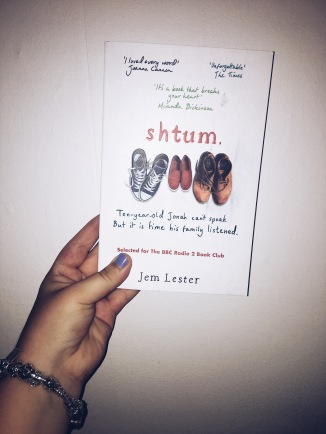 The third novel was Shtum by Jem Lester. I chose this novel because the blurb seemed as though it was going to be a similar story to My Name is Leon. The story immerses you into the world of Autism, with brutal honesty of what life is like for the effected.

Ten-year-old Jonah lives in a world of his own. He likes colours and feathers and the feel of fresh air on his skin.
He dislikes sudden loud noises and any change to his daily routine.
Jonah has never spoken, yet somehow he communicates better than all of the adults in his life.

Funny, heartbreaking and uplifting, Shtum is a novel about three generations of a family learning how to get along.

Fourth was The Man Who Planted Trees by Jean Giono. This was a total blind buy, I picked it up because the cover intrigued me (I know, never judge a book by it’s cover, but it really intrigued me). 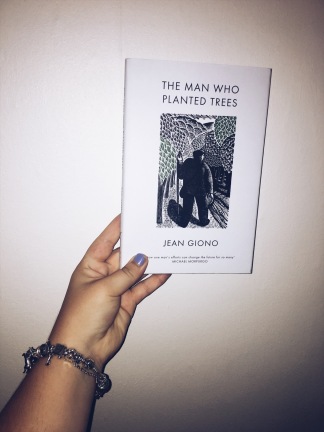 I think, from reading the small blurb this novel of 42 pages will make me see the world in a different way and perhaps have a bit more perspective of what really matters.

In 1910, while hiking through the wild lavender in a windswept, desolate valley in Provence, a man comes across a shepherd called Elzéard Bouffier. Staying with his, he watches Elzéard sorting and then planting hundreds of acorns as he walks through the wilderness.

Ten years later, after the war, he visits the shepherd again and sees the young forest he has created spreading slowly over the valley. Elzéard’s solidarity, silent work continues and the narrator returns year after year to see the miracle he is gradually creating: a verdant, green landscape that is a testament to one man’s creative instinct. 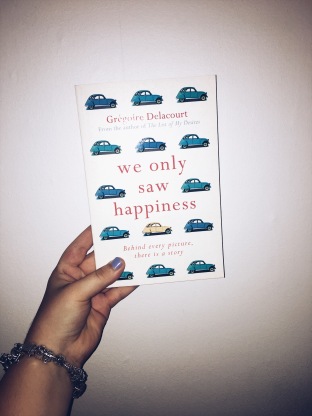 Fifth was We Only Saw Happiness by Grégoire Delacourt, this was another one that I was intrigued with the cover, but mainly for the quote ‘Behind every picture there is a story’. It made me want to pick up the book and read it there and then, with a story with the same sort of tribulations as Me Before You by Jojo Moyes, I know I can get stuck into this novel (and probably never be able to recover…)

Deprived of his parents’ love as a child, Antoine is determined to give his son and daughter the perfect childhood he never had. He is a dreamer, an optimist, a man who fell in love at first sight and who believes that he has found the secret to living a happy life.

But when tragedy strikes he becomes someone even he does not recognise. Take to his lowest point, he performs and act of desperation. But can he find a way back? And what does happiness actually mean?

And the final book I picked up was The Last Letter from your Lover by Jojo Moyes. When reading the blurb it took me straight back to when I watched the film Letters to Juliet for the first time. It’s about two women, from different generations who’s lives collide when Ellie finds love letters from Jennifer from years ago. 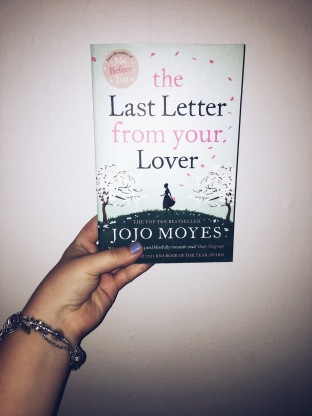 1960. Jennifer Stirling lives a life of luxury with her wealthy husband. On paper, she has it all. In reality, she’s dangerously devoted to another man who is asking her to risk everything…

2003. Ellie Haworth works as a journalist for a national newspaper and is in love with a charming writer. On paper, she should be happy. In reality, her career is foundering and the man who holds her heart belongs to someone else…

When Ellie stumbles upon a set of passionate love letters from the 1960s, both women’s lives entwine. And as she pieces together the fragments of the past romance, what she unearths dramatically transforms her life, and Jennifer’s in the process.

Hen do? Completed it 👰🏻‍♀️
Back to brunette 💁🏻‍♀️
Might as well become a nail page now… #lazyoaf nails this week inspired by the classic happy sad & @nailsbyheathere
How did I spend my evening? Just by painting 10 @saturday_bymeganellaby designs on my nails…
Tell me you’re a Taylor Swift fan without telling me you’re a Taylor Swift fan…
Embracing the copper hair and wishing it was Saturday everyday…